DelAgua began its innovative stoves programme a decade ago in Rwanda.

The operation has been developed and fine-tuned so that it is now the biggest clean cookstove project in the world with 1.2 million stoves distributed to date and a total of 2.3 million scheduled for completion in Rwanda by 2024. As a result of this success, Government interest in bringing DelAgua’s model to new markets has been extremely high. DelAgua has since formed four new partnerships, signing MoUs with the Governments of Burundi, Liberia, Sierra Leone and The Gambia. Each of these Governments is committed to transforming the lives of their poorest rural communities as well as cutting carbon emissions. 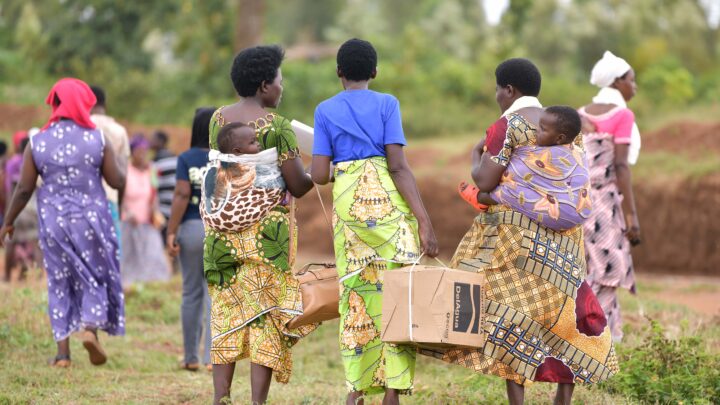 They have chosen to work with DelAgua because of our unique capability to deliver a comprehensive free stove and education programme at scale, training and employing thousands of local staff and fully funded through carbon financing. Pilot distributions in these countries will begin in 2023.

Our Tubeho Neza (“Live Well”) project has been running since 2012, in partnership with the Government of Rwanda, with the goal of providing innovative, high quality, high performance stoves to 2.3 million rural households. The project is one of the largest cookstove programmes of its kind in the world and is addressing critical climate and health challenges at scale and for the long term.

Household air pollution is the leading environmental cause of premature death and disability, ahead of unsafe water and lack of sanitation, causing more deaths than Malaria, HIV and TB combined. Clean cookstoves are vital to tackle both global challenges and also provide a plethora of other benefits that impact the UN Sustainable Development Goals. The UN calculates the cost of inaction at $ 2.4 trillion and describes the provision of clean cooking solutions as nothing less than a human rights issue. 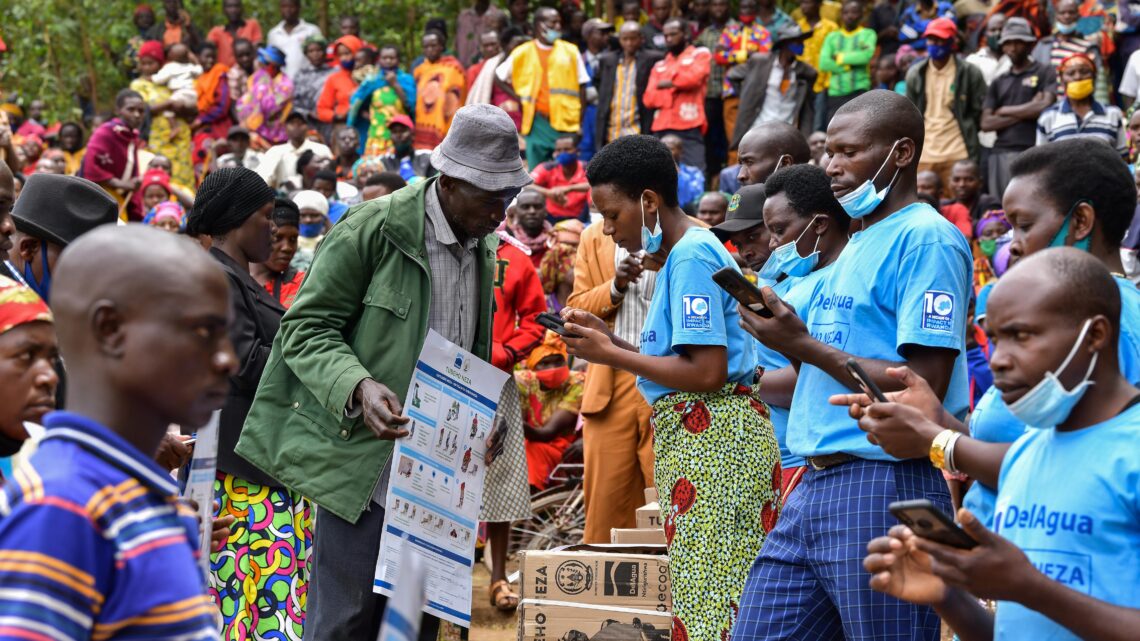 The majority of the population still cook on traditional wood fires, damaging health, the environment and causing significant deforestation. Rwanda is one of the world’s poorest countries but its economy is growing. The government is committed to fairness, raising the prosperity of all levels of society. Enlightened policies around gender equality mean that over half their parliament are women and they are leading the way with a tough climate action plan which places environment and climate change at the heart of the government’s decision making. This is reflected in their long- term commitment to Tubeho Neza and our partnership with the Government of Rwanda is central to the success and scale of the project.

For the last decade, Rwanda has shown impressive progress in the area of governance in general and in justice and rule of law in particular.

Rwanda has taken a leadership position with regard to gender equality and empowering women: the UN ranks Rwanda 9th globally and top in Africa. It is among the top 4 countries in the world for political empowerment, thanks to a high share of women (above 50%) among both parliamentarians and ministers

Rwanda is among the top performing countries in sub-Saharan Africa in terms of access to education. The country has nearly reached universal primary education with a net enrolment rate of 98.5 %.

To discover more about Rwanda you can read the full UN Common Country Analysis here.

Our stove is designed to work for the reality of the lives of the families who use them. 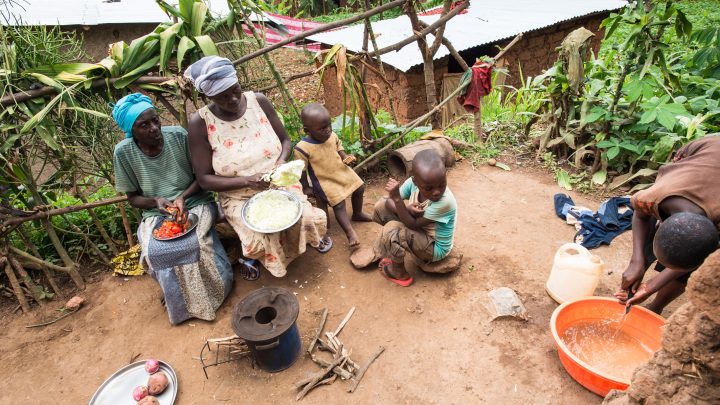 It uses wood, but just small pieces of twig and tinder, which rural families can gather without encroaching on forestry. Crucially the design of the stove increases thermal efficiency resulting in quicker cooking speeds and much lower fuel requirements. The stove requires 71% less wood than a traditional fire. Small pieces of wood are fed into the stove via a metal rack. As these enter the combustion chamber they burn, with all heat produced funnelled up the chamber and under the cooking pot. A pot skirt is wrapped around the pot that is being used for cooking to further enhance the cooking speeds, increase efficiency and minimise wood usage. The stove is durable and saves the equivalent of 35 tons of CO2 emissions over its 10-year life.

DelAgua is constantly reviewing technologies to improve performance, any development however is always done in partnership with our end-users. Whatever technologies are available, our stoves must always be practical, easy to use, safe, durable and affordable. A stove that appears to have some environmental advantages but is not reliable in day to day use will soon be discarded and when that happens the consumer and the environment lose.

Two years after receipt, 99% of DelAgua stoves are still in daily use, 87% of households have never had an issue with their stove and we are proud that 95% of our families say that their communities like our Tubeho Neza products. We learn from our hundreds of thousands of users through our extensive household visit programme and use these insights and feedback to develop and improve so that the stove is always better for them and better for the environment. 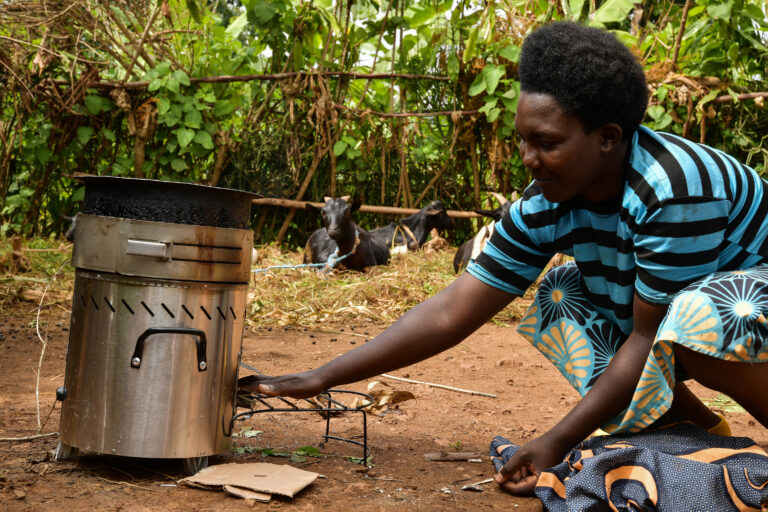 How We Do It

The project planning and logistics team based in Kigali
Trucks transport stoves to the rural districts
The dedicated team including over 6,000 Community Health Workers manage local distributions where up to 500 villagers gather to receive their stoves
Each recipient is registered and provided with a certification and educational poster
The DelAgua smartphone app scans and captures the unique stove barcode and matches with household data so usage can be tracked accurately
The Community Health Workers visit every household to provide training, education and support
Household visits continue annually and a full “after-sales” service is provided
Data shows 99% daily use of stove 2 years after receiving it
Usage data audited and verified for UN CER credits
Project funded by the sale of carbon credits
Previous
Next

Our Stoves By Numbers:

reduction in household air pollution when using the stove outdoors

reduction in diarrhoea in children under 5 when using boiled water

of CO2 emissions saved over the
stove's 10-year life

of forestry annually, an area the size of Manhattan

of CO2 emissions annually, equal to removing all the cars from the streets of London and New York

Transforming Lives and Nature Through Enterprise

To mark historic COP15 agreement on biodiversity and ecosystems, our new film launches showing the power of clean cooking to save nature.

Explore our film library and discover more about our work. 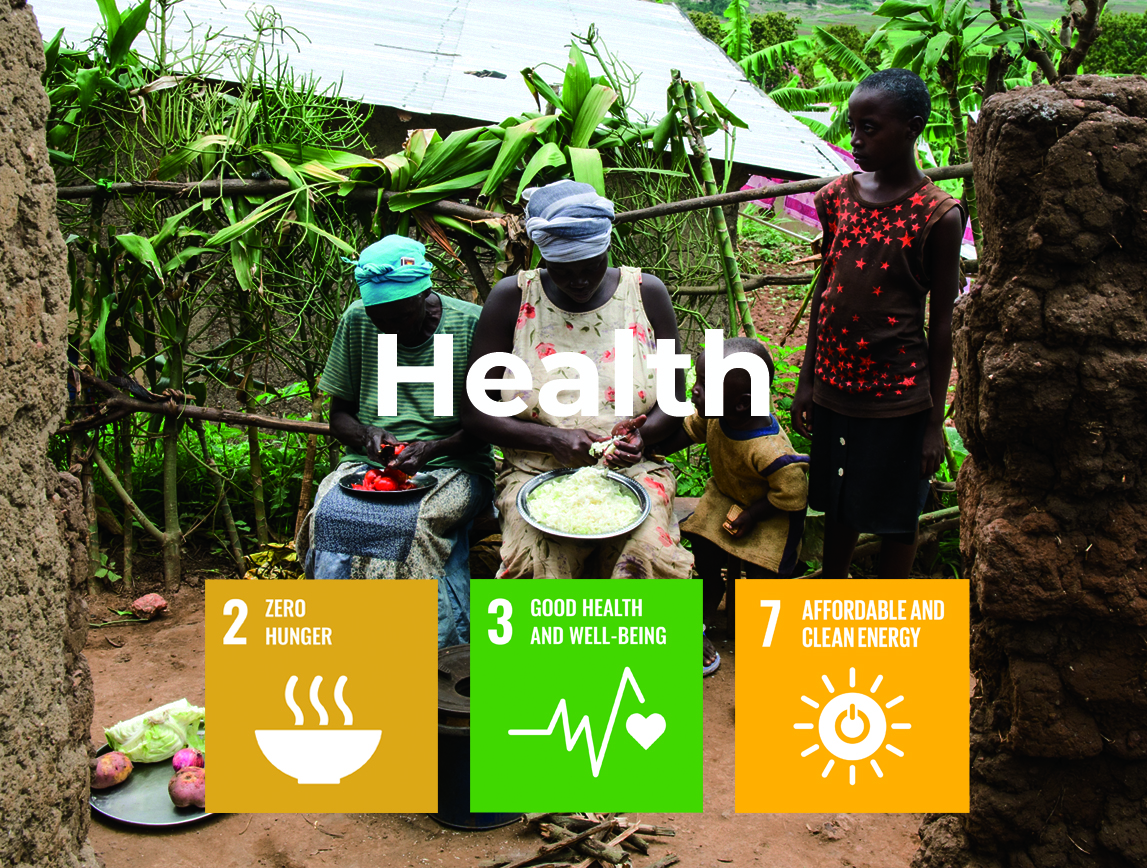 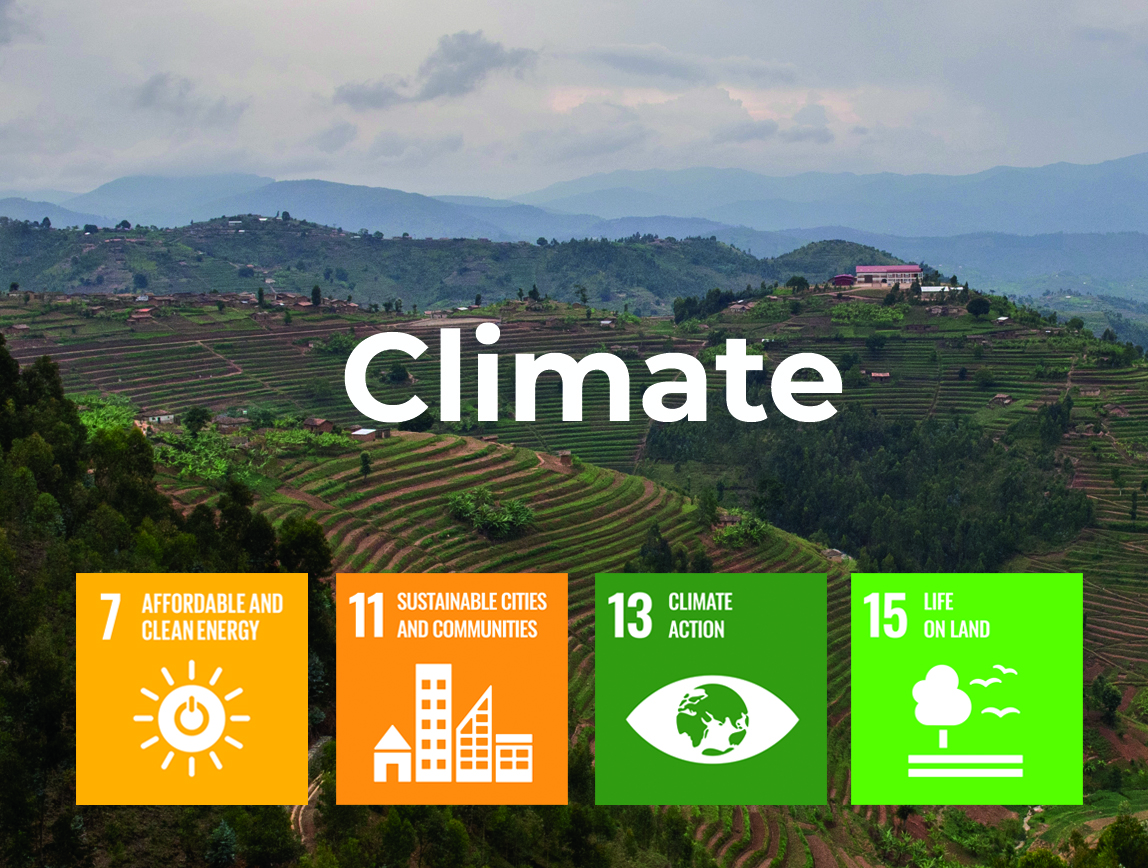 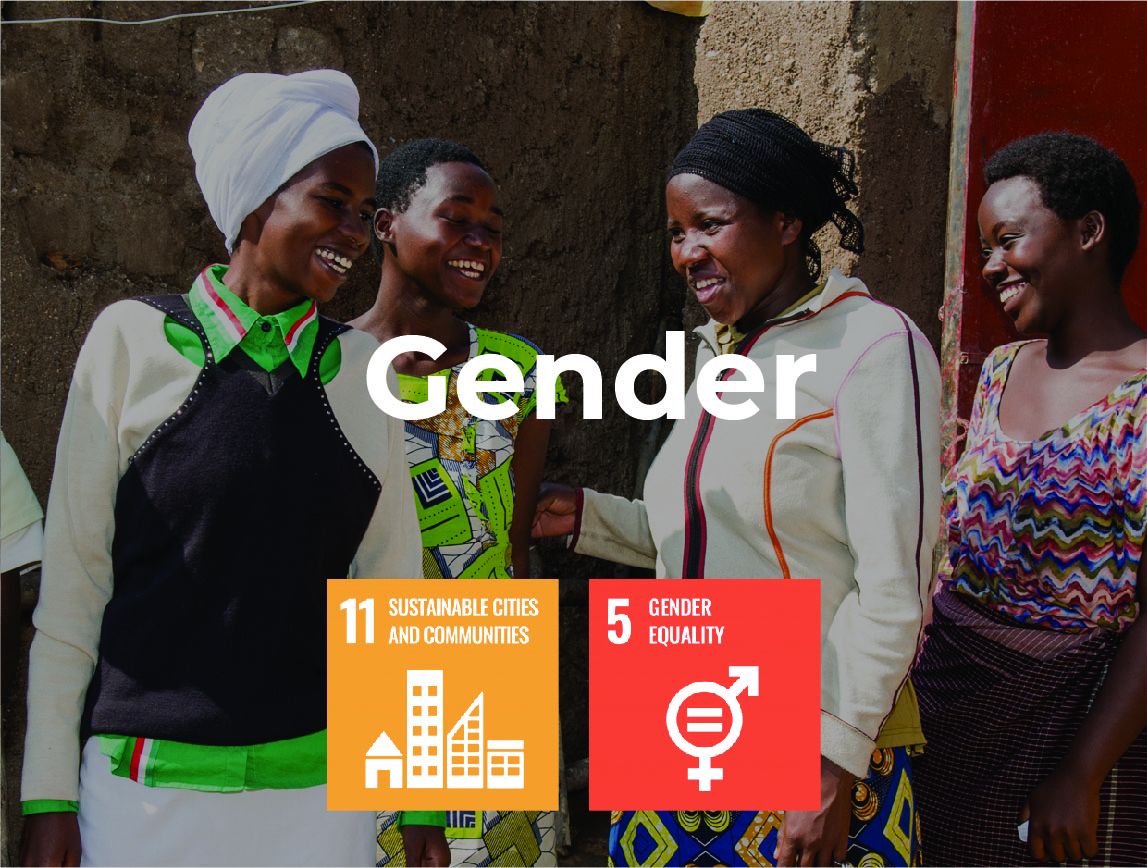 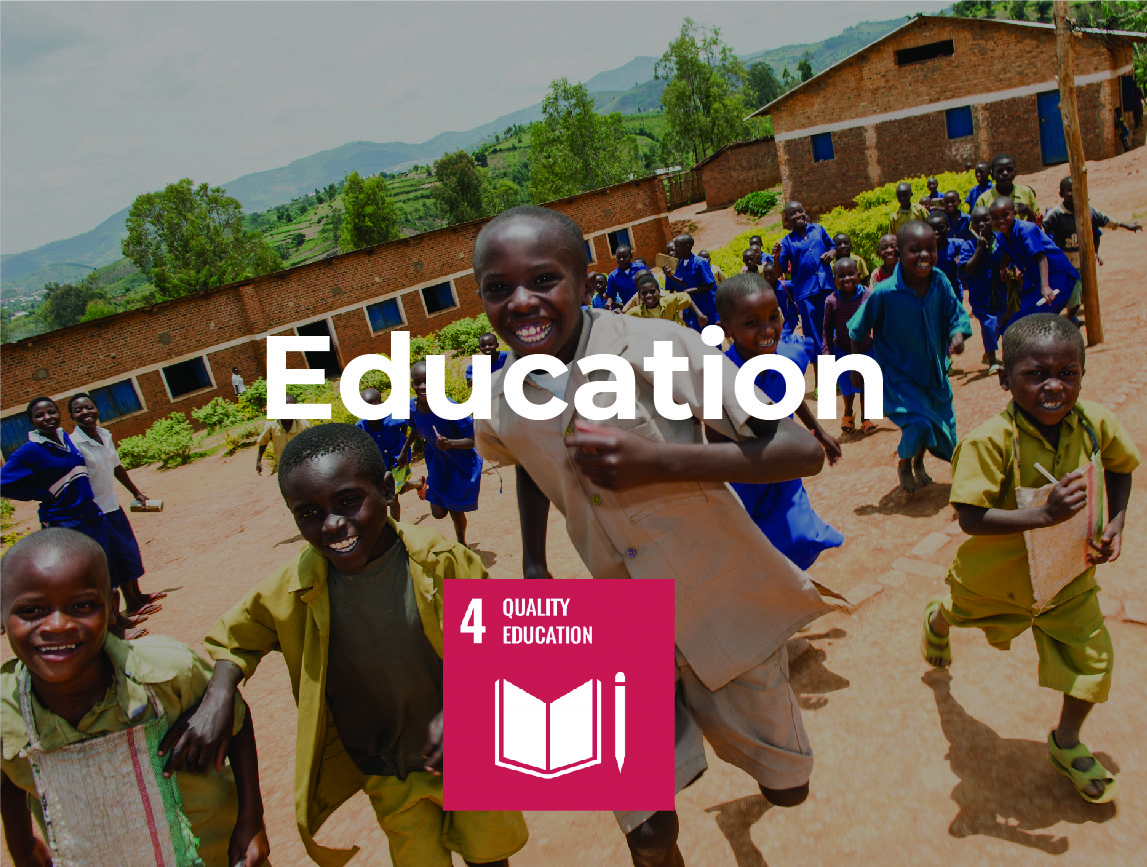 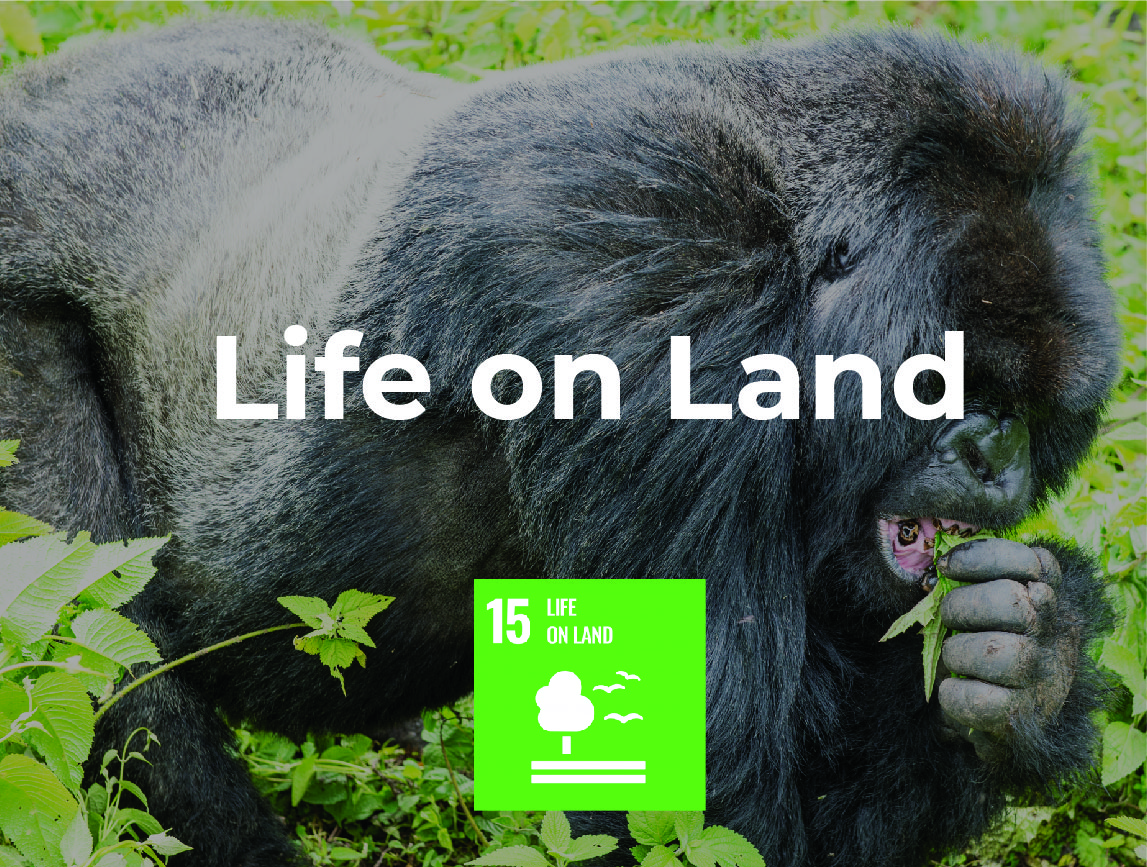 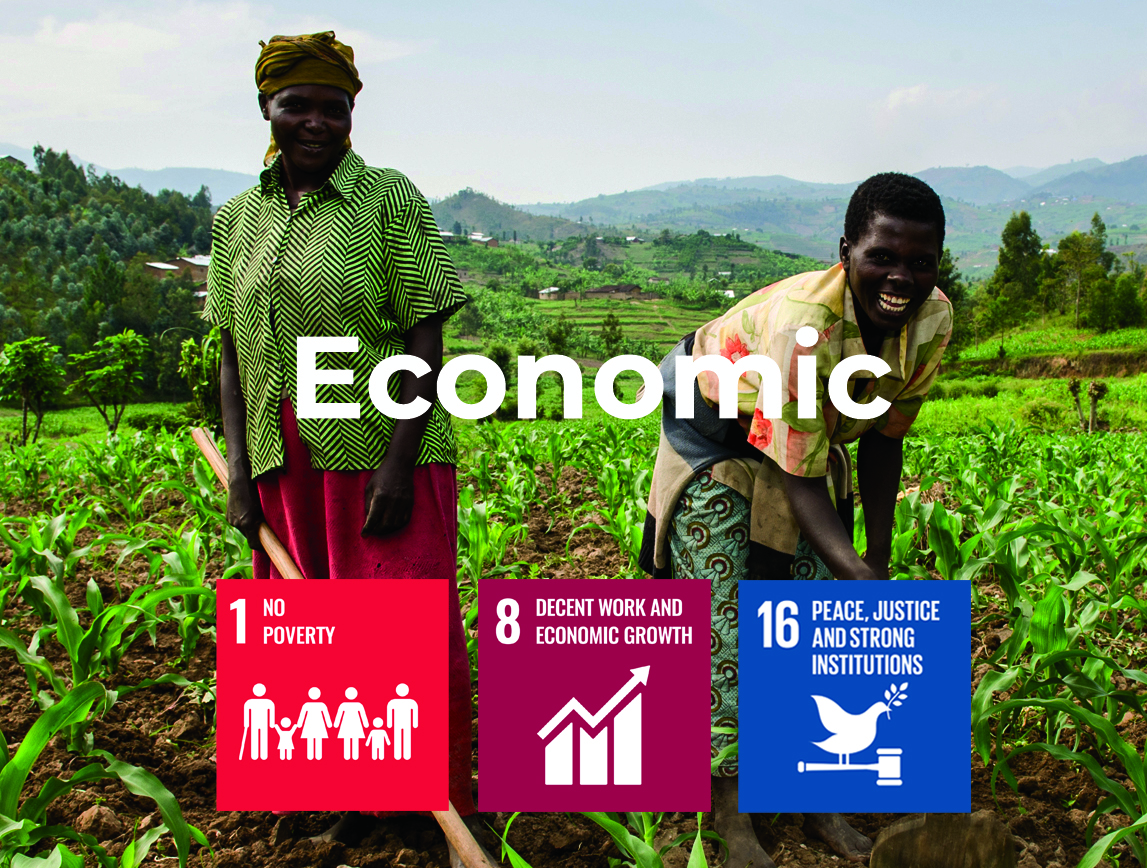 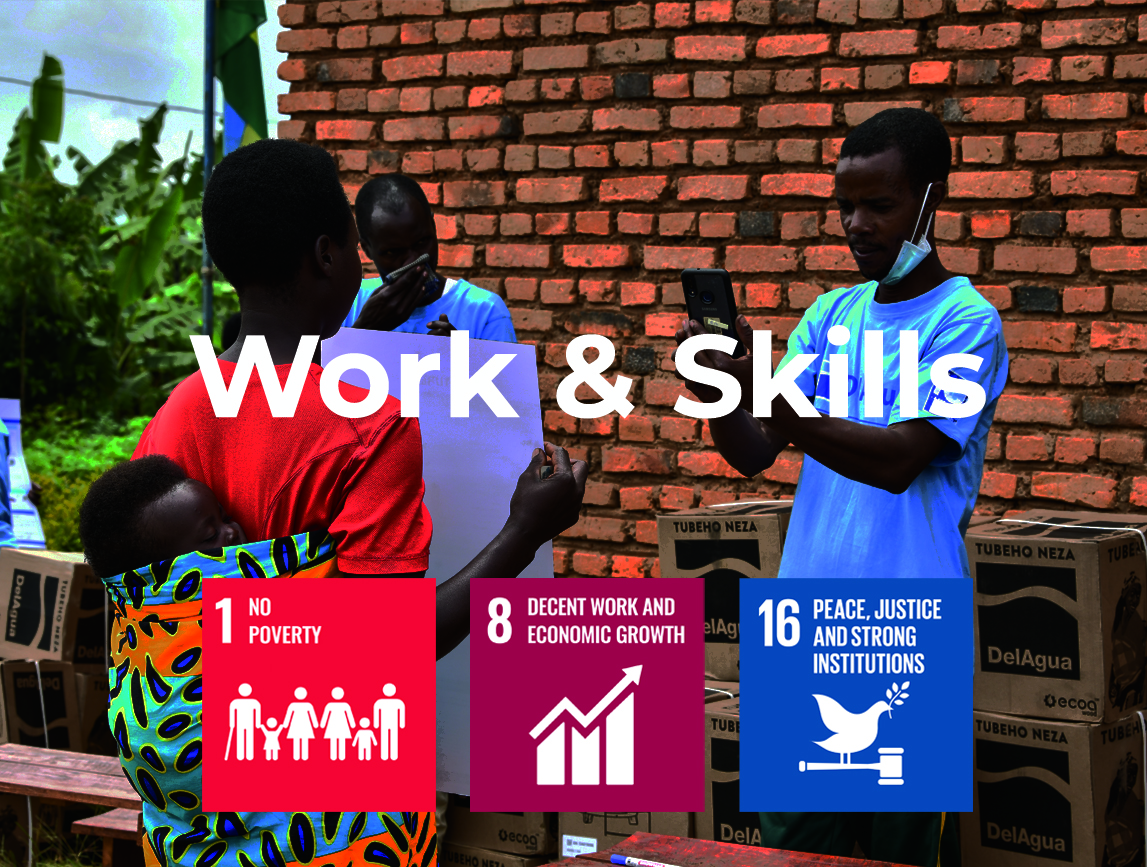 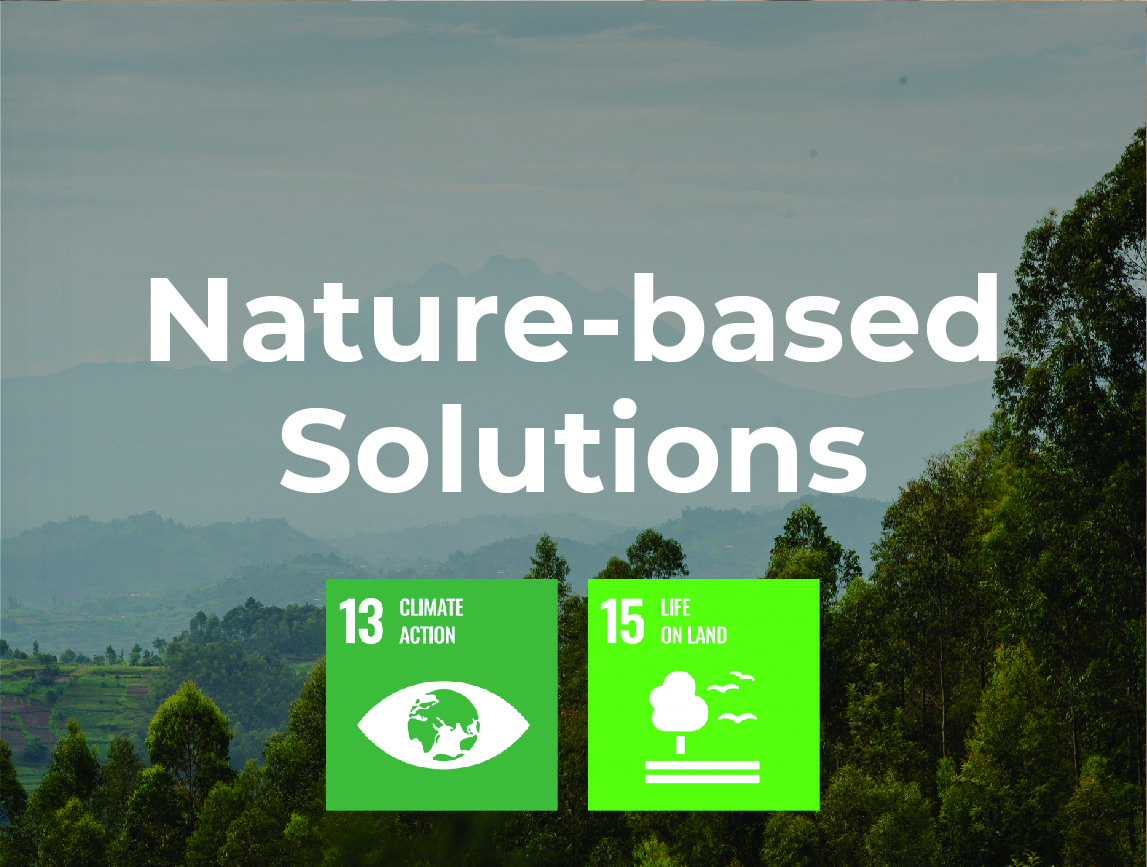 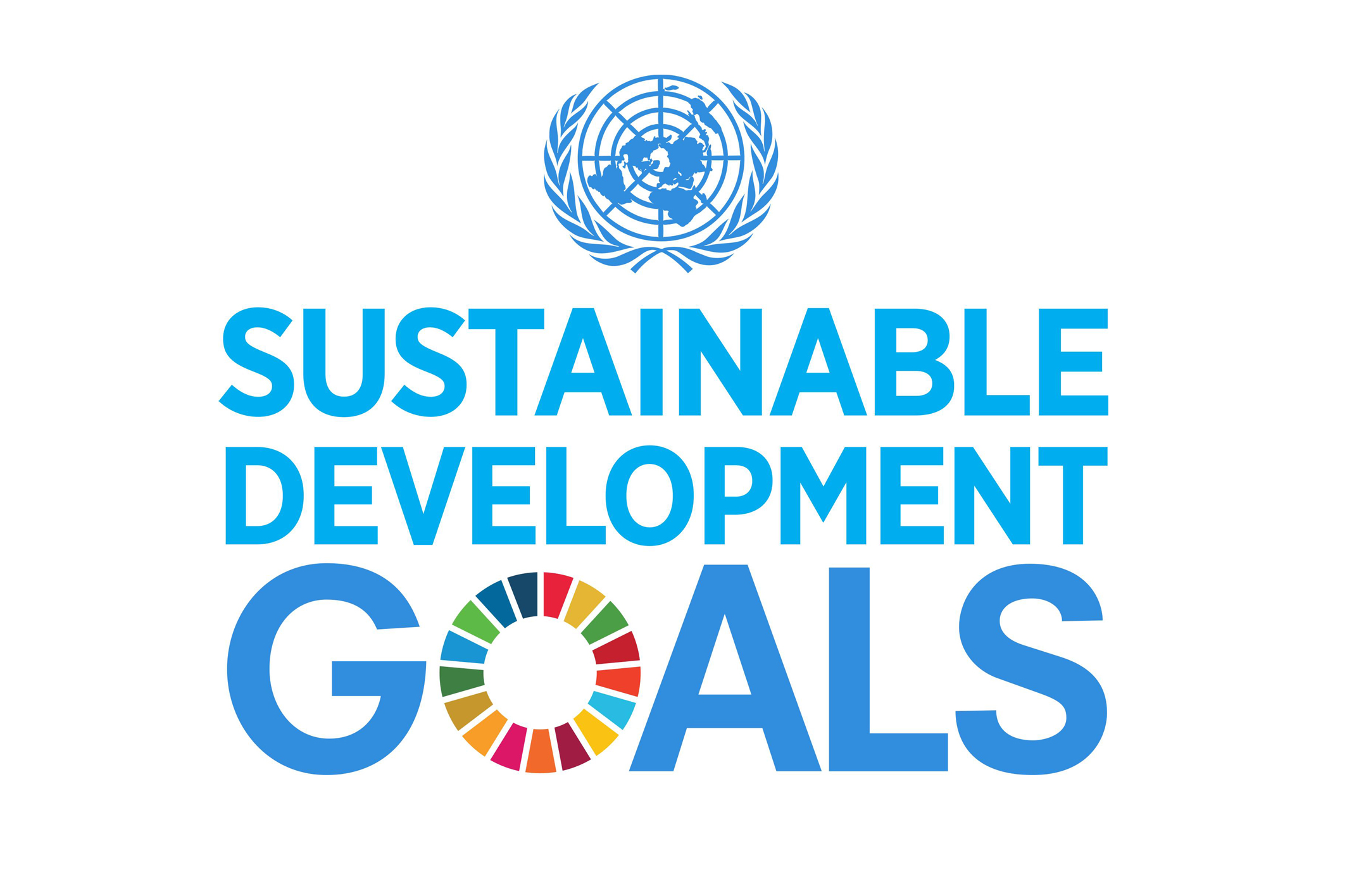 “The first time I used my stove, breakfast was ready before the family was up!” - Olive
“My children were spending between two to four hours a day collecting wood, before we received our stove. Now they collect wood once every few days.” - Philomene
“With the money I’m saving on firewood I’m able to purchase more stock for my shop that I run from the front of my house.” - Julienne
“Now we have a DelAgua stove I spend less than one hour a day gathering fuel so am able to attend school every day.” - Nadine
Previous
Next
MEET MORE FAMILIES

The Tubeho Neza project is funded by the sale of carbon credits. Purchasing carbon credits allows individuals and companies to offset their carbon footprint. 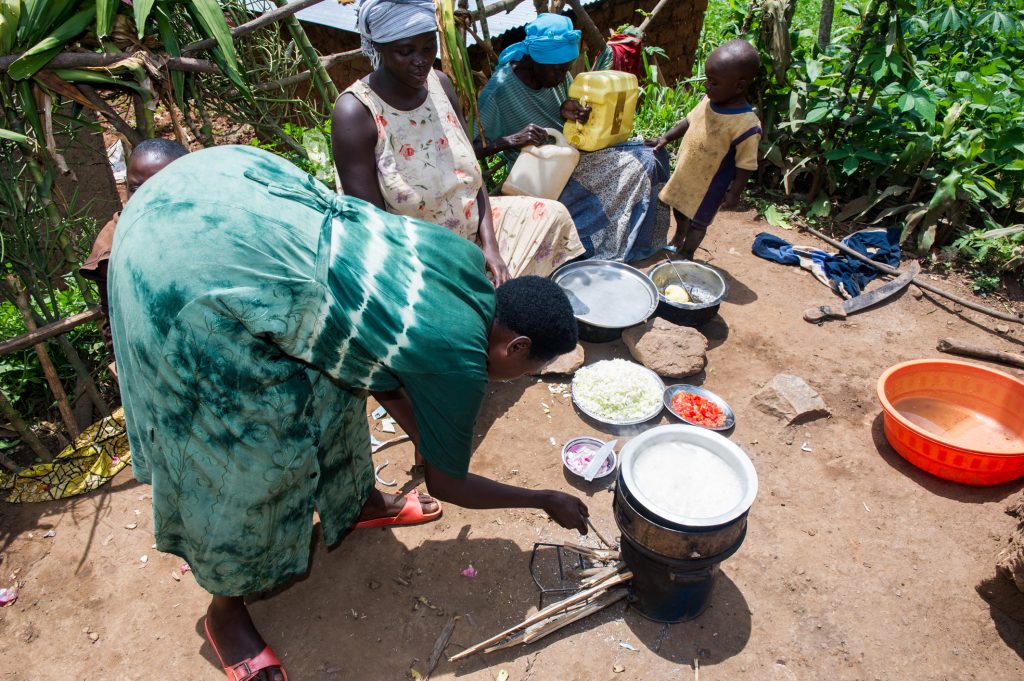 Not all carbon credits are equal: because the Tubeho Neza project has so many important impacts transforming the health and wellbeing of Rwandan communities as well as reducing carbon emissions, its credits are worth more. Put simply, they do more good.

Our credits are UN certified CERs (Certified Emission Reduction Units) so you are taking climate action through a process which is overseen by the United Nations. CERs are only issued from trustworthy climate-friendly projects that take place in developing countries and contribute to their sustainable development and our Tubeho Neza project has undergone a strict and thorough vetting process to qualify.

By buying carbon credits directly from DelAgua via the UNFCCC site you are ensuring that all of your money goes directly to supporting the project and will enable us to meet our target of distributing 2.3 million stoves.