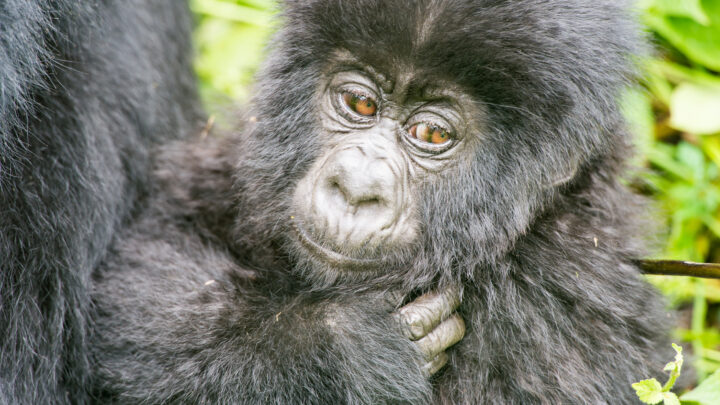 Today is World Wildlife Day (WWD) and the theme this year is “Recovering key species for ecosystem restoration”. The celebrations aim to draw attention to the conservation status of some of the most critically endangered species of wild fauna and flora, and to drive discussions towards imagining and implementing solutions to conserve them.

All conversations will seek to inspire efforts towards the achievement of UN Sustainable Development Goals 1 (No Poverty), 2 (Zero hunger) 12 (Ensure sustainable consumption and production patterns), 13 (Climate Action) 14 (Life Below Water) and 15 (Life on Land).

Despite being small in size, Rwanda has one of the richest varieties of flora and fauna in Africa. Its forests are home to a remarkable diversity of plants, insects, birds and mammals. This biodiversity is under threat from the pressure on their environment from a large and growing population and in particular from the harvesting of firewood.

To understand exactly how the DelAgua stove is delivering a Nature-based Solution to benefit the wildlife, people and nature of Rwanda, Nyungwe Forest provides a powerful case study:

Nyungwe Forest is hundreds of thousands of years old, the best-preserved montane rainforest in Central Africa with a wide diversity of animal species making it a priority for conservation in Africa. The forest is situated in a region where several large-scale biogeographical zones meet and provides a great variety of microhabitats for many different species of plants and animals. There are 13 species of primates including colonies of Chimpanzees and large groups of Colobus monkeys and 310 species of birds.

From 1958–1973, Nyungwe was reduced by over 150 km² due to cutting trees for firewood, fires, hunting of animals for food and small-scale agriculture which had a devastating effect on the wildlife habitat. In 2005, the Rwandan Government made Nyungwe an official National Park, giving it the highest level of protected status, and began a reforestation programme. Since 2014 DelAgua has distributed 10,594 stoves in Nyamasheke and Rusizi Districts, all in those Sectors closest to Nyungwe Forest. These stoves will save a total of 2.4 km2 of forestry across their 10-year life.

DelAgua District Manager, Bruno Nyirimana, who regularly visits and surveys local households in the region, reports that local people stress the importance of fuel efficient DelAgua stoves distributed in the two districts in tackling this problem and the Bweyeye Sector local leader commented that the DelAgua stove ‘had a big impact in conserving the biodiversity and wellbeing of the people in Bweyeye and the mass distribution of stoves was a good sign and strong example to demonstrate that the Government of Rwanda, with partners like DelAgua, are focused on education to change traditional behaviours and increase knowledge in environmental protection with tangible results.’

Click here to read more about the Tubeho Neza Project.