Menu
No products in the basket.
£0.00 Basket 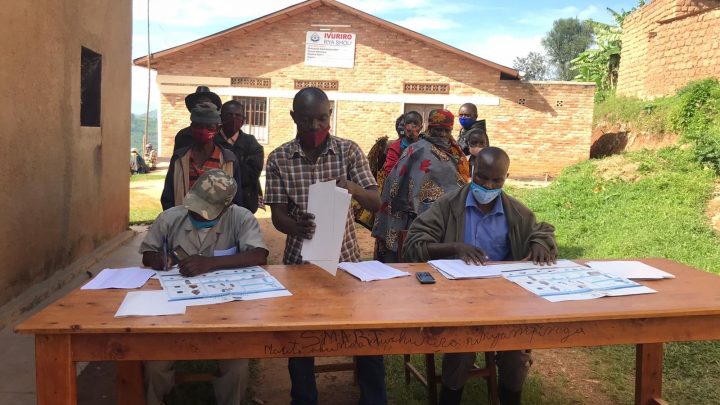 On Wednesday December 9th DelAgua’s Regional Director for East Africa, Euan McDougall, is hosting a field visit for Jo Lomas, British High Commissioner to Rwanda; Juliet Kabera, Director General of Rwanda Environment Management Authority (REMA) and Teddy Mugabo, CEO of FONERWA, to see a distribution of the DelAgua stove followed by a household visit where they will meet stove beneficiaries and their families. The distribution is taking place in Cyeza Cell, Muhanga District in the Southern Province.

DelAgua have been working in partnership with the Government of Rwanda since 2012 providing stoves free of charge to the rural population. To date over half a million stoves have been distributed, making this one of the largest programmes of its kind in the world and DelAgua is planning to provide stoves to the entire rural population which is approximately 2 million households.

The programme is called Tubeho Neza, meaning “Live Well” and is a true partnership between DelAgua and the Ministry of Health.

The group will meet some of the DelAgua team including Jean-Pierre Sibomana, the Project Coordinator, who has been part of the programme from its inception and see some of our dedicated Community Health Workers (CHWs) in action.

DelAgua has employed around 4,000 CHWs who receive specialist training and smartphones which capture all the relevant tracking, training and support data. The CHWs have been central to the success of the programme: they provide each family with initial training and ongoing support throughout the life of the stove, ensuring that the family understands how to use the stove properly and get the full range of benefits. Such is the success of the aftersales support that independent audits show that the DelAgua stove is used at least daily by 99% of the recipients 2 years after receiving the stove.

The DelAgua stove’s benefits are very significant. The first is the positive environmental impact due to reduced carbon emissions and reduced deforestation. Traditional cooking practises are a major contributor to greenhouse gas emissions so we in Rwanda are leading the way as part of the global effort to increase adoption of clean cooking methods. Each DelAgua stove over its 5- year useful life saves the equivalent of over 10 tons of CO2 being released into the atmosphere. On completion of the programme we will be reducing carbon emissions by over 4 million tons annually. The health benefits are equally significant. Globally, household air pollution is the leading cause of death and disability and causes more deaths than Malaria, HIV and TB combined. The DelAgua stove reduces household air pollution by 73% when used outdoors so respiratory health is hugely improved particularly among women and children who are most exposed to smoke inhalation.

The stoves importantly also deliver improved outcomes for women and girls who cope with the daily drudgery of wood collection and cooking. Because the stove requires 50% less wood and cooking times are reduced because of the stove’s efficiency this reduces time poverty and allows more time for education, the opportunity to set up a micro enterprise or help cultivate the land and improve crop yields. Freeing women from the fire and allowing them to engage economically has important long- term benefits for the women of Rwanda.

This visit is an important milestone for the project and we are so excited to be able to share the impact of what our committed team has been doing over the past 8 years.