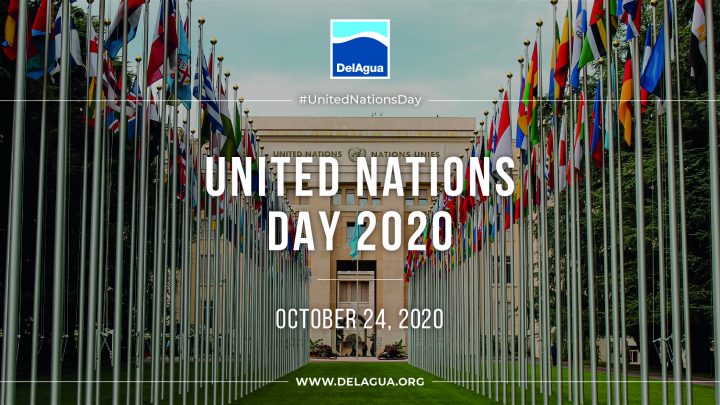 The year 2020 marks the 75th anniversary of the United Nations and its founding Charter. This anniversary comes in a time of great disruption for the world, compounded by an unprecedented global health crisis due to the COVID-19 pandemic, with severe economic and social impacts. But it is also a reminder that times of struggle can become an opportunity for positive change and transformation.

To celebrate UN Day, an annual concert is usually held in the General Assembly Hall. This year, due to the COVID-19 pandemic, the concert will be prerecorded and screened in the GA Hall on Thursday, 22 October 2020 at 12.00 p.m.

To commemorate the 75th anniversary of the Organisation, the UN Regional Information Centre for Western Europe (UNRIC) has launched an initiative to “Turn Europe UN Blue” with the support of Fabrizio Hochschild, Special Adviser to the Secretary-General on the Commemoration of the United Nations 75th anniversary. For this campaign, in a continent where many of the UN’s founding members are located, more than 180 Europe’s iconic buildings (monuments, airports, museums and other landmarks) will be lit up blue – the official colour of the United Nations – on 24 October 2020. The initiative is a symbolic effort to unite global citizens; promote the universal language of peace, sustainable development and human rights. Follow the conversation on social media using the hashtags #EuropeTurnsUNBlue and #UN75.